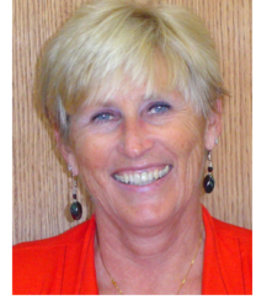 It is with sorrow and a great sense of loss that the Division announces the death of Dr. LeAdelle Phelps. The following biographical information is based on an introduction written for her TSP award in 2010.  A longer article will be considered for NASP and Division 16 newsletters.

LeAdelle Phelps was born on December 24, 1951 in Montpelier, Idaho, and died in Jackson, Idaho on Wednesday, September 18, 2019 at age 67 after a long battle with multiple sclerosis and melanoma. She completed her B.S. degree in psychology with a minor in English in two years (1970-1972) and received her MA degree in school psychology in 1974. She completed her PhD in school psychology at the University of Utah in 1977.  Before starting her career as a university trainer at the University of Missouri-Columbia she was Director of the Behavioral Adjustment Unit for the Davis (UT) School District (1978-1982). After serving as an Assistant and Associate Professor at Missouri (1982-1989), she served as an Associate and then Full Professor at the University of Buffalo. At Buffalo she served as Director of the Counseling Psychology/School Psychology Program, Associate Dean for Academic Affairs in the Graduate School of Education, and Chair of the Department of Counseling, School, and Educational Psychology.  Her other leadership contributions included serving as an APA site visitor and associate chair of the APA Committee on Accreditation (the 1st time a school psychologist held such a position), and twice serving as CDSPP Chair (2004-2005 and 1997-1998).

She was widely published with books related to health and the practice of psychology; tests including her Kindergarten Readiness Scale; more than two dozen chapters, at least 60 journal articles, and she authored several grants totaling more than 5 million dollars.

She was a NASP member since 1979 and APA member since 1986 and held Fellowship in Division 16.  She was a member of the National Academy of Neuropsychology and maintained a private practice since 1979 as a licensed psychologist in Utah, Missouri, and New York State.

Most of all, LeAdelle was a stellar human being who enjoyed life, nature, world travel, and adventures. She was a mentor and friend like no other.

To honor her memory, a fundraiser for the Melanoma Research Alliance has been formed; 100% of donations go toward research. The family did not suggest any agency or foundation for donations. A page has been set up on Facebook for those wishing to donate, here: https://www.facebook.com/donate/489032201680458/10157718605180452/

Persons wishing to share their comments about LeAdelle should send them to me at tfagan@memphis.edu.